Women and Men in Serbia: At a Glance 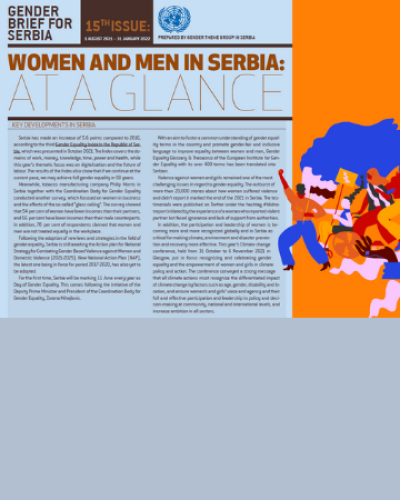 Serbia has made an increase of 5.6 points compared to 2016, according to the third Gender Equality Index in the Republic of Serbia, which was presented in October 2021. The Index covers the domains of work, money, knowledge, time, power and health, while this year’s thematic focus was on digitalisation and the future of labour. The results of the Index also show that if we continue at the current pace, we may achieve full gender equality in 59 years. Meanwhile, tobacco manufacturing company Philip Morris in Serbia together with the Coordination Body for Gender Equality conducted another survey, which focused on women in business and the effects of the so-called “glass ceiling”. The survey showed
that 54 per cent of women have lower incomes than their partners, and 56 per cent have lower incomes than their male counterparts. In addition, 78 per cent of respondents claimed that women and men are not treated equally in the workplace.

Following the adoption of new laws and strategies in the field of gender equality, Serbia is still awaiting the Action plan for National Strategy for Combating Gender Based Violence against Women and Domestic Violence (2021-2025). New National Action Plan (NAP), the latest one being in force for period 2017-2020, has also yet to be adopted. For the first time, Serbia will be marking 11 June every year as Day of Gender Equality. This comes following the initiative of the Deputy Prime Minister and President of the Coordination Body for Gender Equality, Zorana Mihajlovic. With an aim to foster a common understanding of gender equality terms in the country and promote gender-fair and inclusive language to improve equality between women and men, Gender Equality Glossary & Thesaurus of the European Institute for Gender Equality with its over 400 terms has been translated into Serbian.

Violence against women and girls remained one of the most challenging issues in regard to gender equality. The outburst of more than 20,000 stories about how women suffered violence and didn’t report it marked the end of the 2021 in Serbia. The testimonials were published on Twitter under the hashtag #Ididnotreport initiated by the experience of a woman who reported violent partner but faced ignorance and lack of support from authorities. In addition, the participation and leadership of women is becoming more and more recognized globally and in Serbia as critical for making climate, environment and disaster prevention and recovery more effective. This year’s Climate change conference, held from 31 October to 6 November 2021 in Glasgow, put in focus recognizing and celebrating gender equality and the empowerment of women and girls in climate policy and action. The conference conveyed a strong message that all climate actions must recognize the differentiated impact of climate change by factors such as age, gender, disability and location, and ensure women’s and girls’ voice and agency and their full and effective participation and leadership in policy and decision-
making at community, national and international levels, and increase ambition in all sectors. 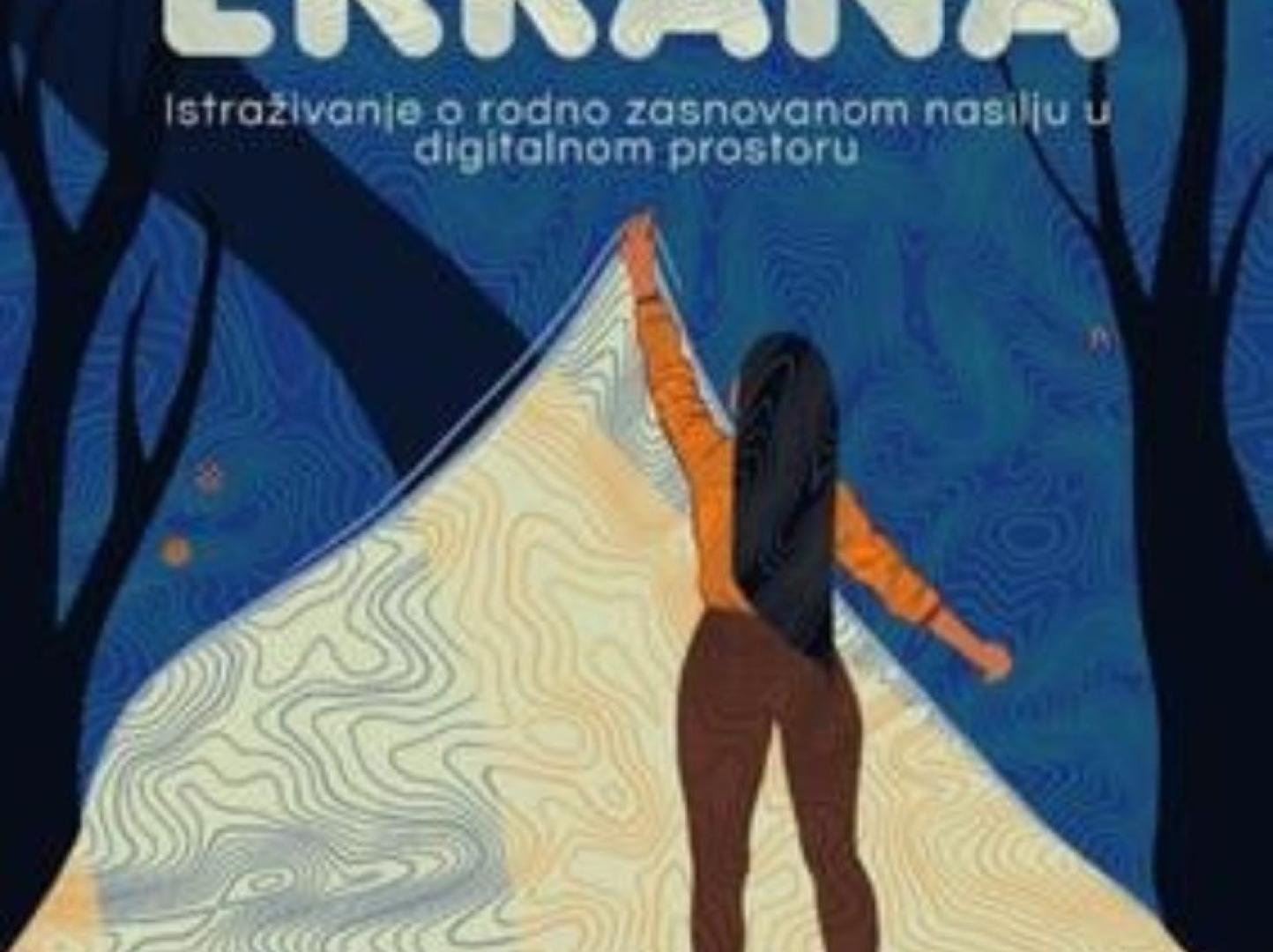 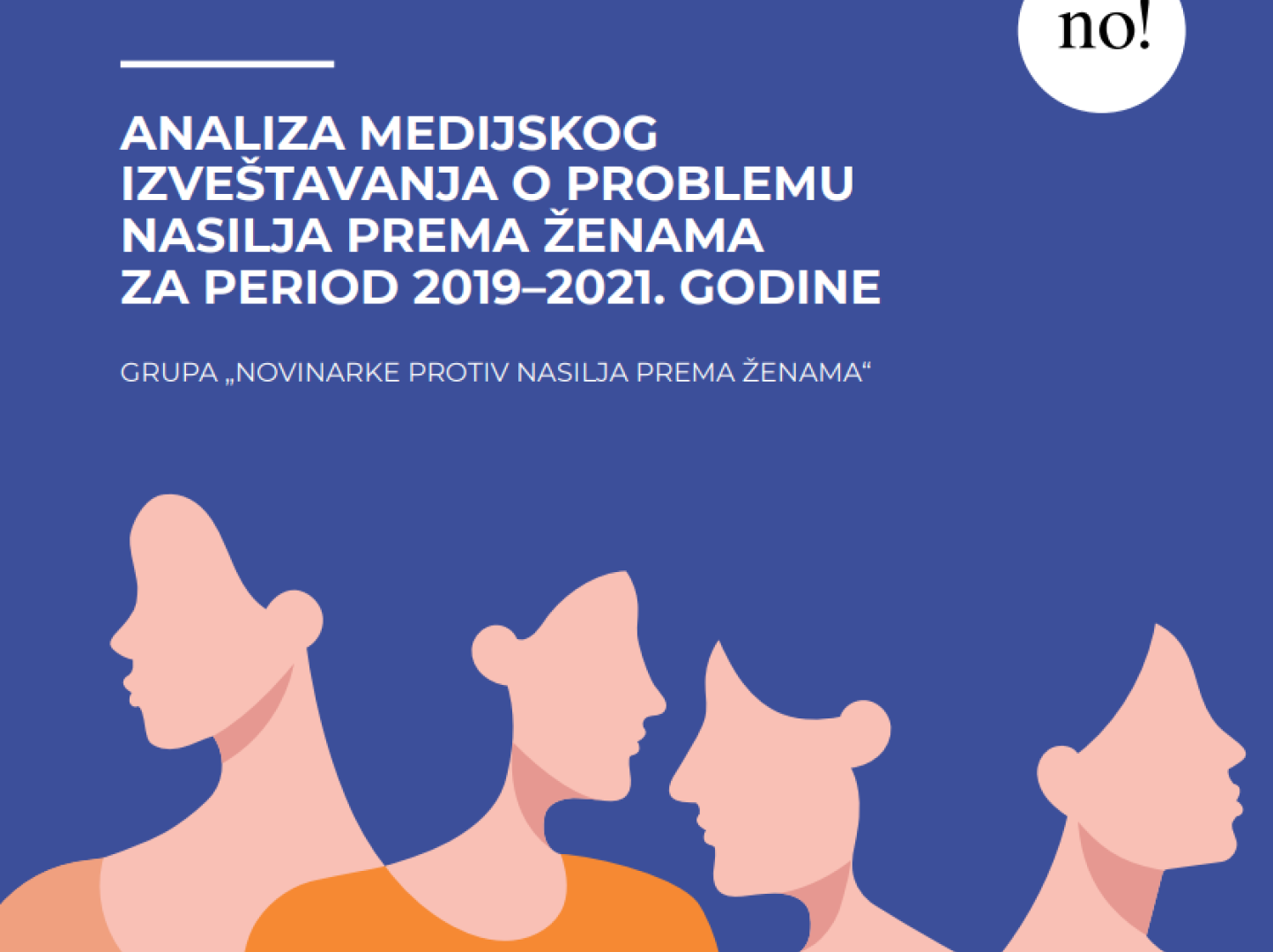 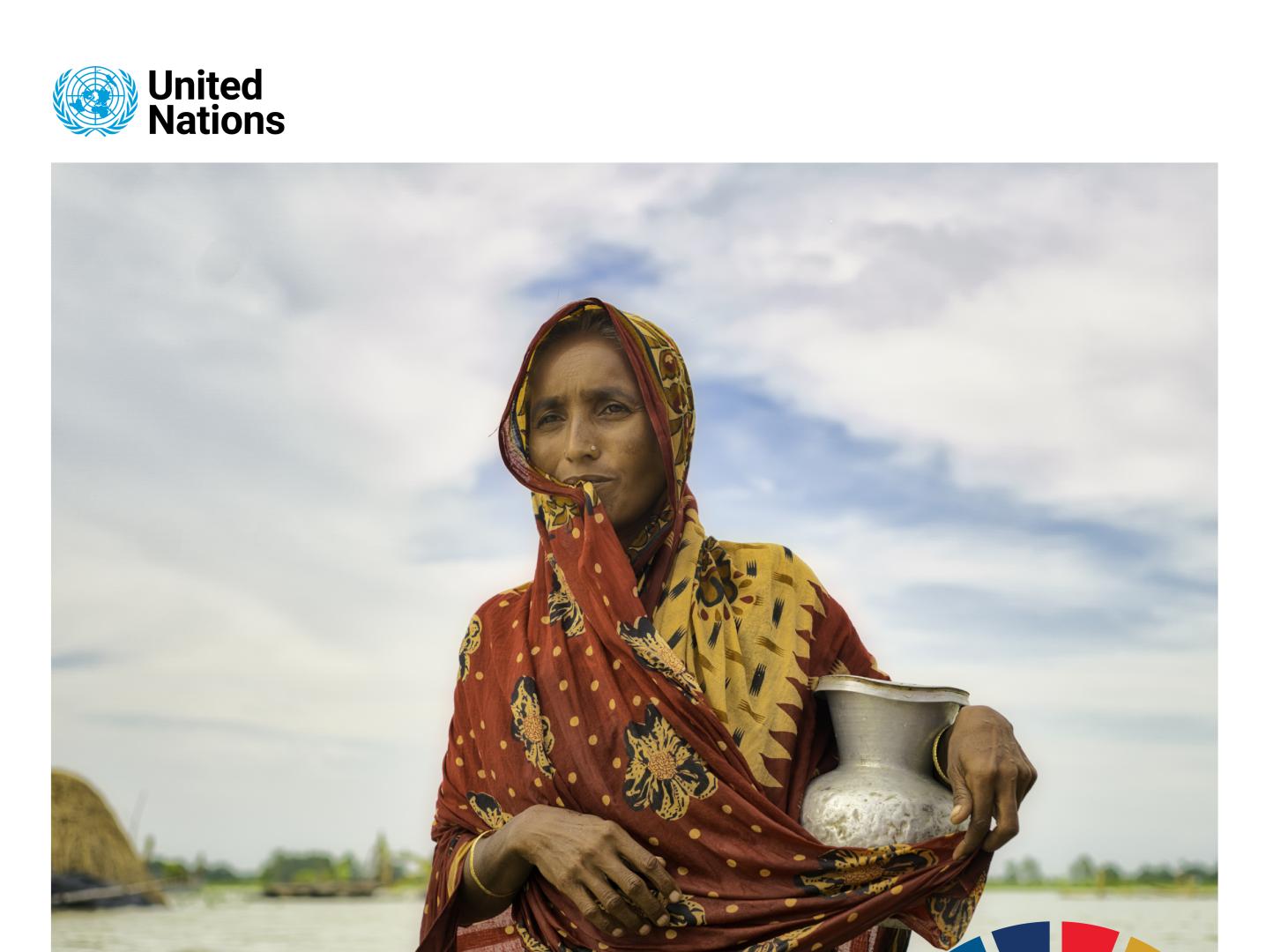