Belgrade, 28 October 2019 – The United Nations in Serbia and the Government of the Republic of Serbia, represented at this event by the First Deputy Prime Minister and the Minister of Foreign Affairs, observed the 74th anniversary of the United Nations, reaffirming their commitments to multilateralism and cooperation to achieve the Sustainable Development Goals by 2030.

Speaking at the opening of the event, the newly appointed UN Resident Coordinator in Serbia Françoise Jacob emphasized commitment to values of the UN Charter and the Universal Declaration of Human Rights and the urgency to reach 17 Sustainable Development Goals by 2030 “to make this planet a better world, with greater solidarity, trust, dignity and fairness, while Leaving No One Behind”. She also congratulated the Government of Serbia for submitting the Voluntary National Report on the implementation of the Agenda 2030 for Sustainable Development.

By quoting the UN Secretary-General Antonio Guterres who highlighted the UN’s role to maintain peace – while bringing life-saving aid to millions caught in armed conflict, Ms Simona Miculescu, Representative of the UN Secretary General and Head of UN Office in Belgrade pointed that the UN is extremely grateful for the troop contributions made by the countries in this region to advance organization’s peacekeeping efforts. “Serbia has made a significant contribution in this respect, by deploying over 250 uniformed and civilian personnel in five peace operations. We commend the professionalism and good reputation of Serbian peacekeepers and pay tribute to the eight Serbian peacekeepers who have made the ultimate sacrifice under the UN flag”, said Ms. Miculescu.

First Deputy Prime Minister and the Minister of Foreign Affairs Ivica Dačić highlighted the great importance that the Republic of Serbia attaches to the United Nations, as the global and the most important international organization which plays a key role in maintaining peace and security, protecting human rights and creating conditions for sustainable economic development everywhere in the world. "Serbia strongly supports multilateralism and we consider  multilateral efficiency strengthening of utmost importance. We are deeply convinced that only through joint action, mutual harmonization and appreciation we can find answers to the increasing global challenges. I believe that today, as the world is undergoing major and accelerating change, the United Nations is needed more than ever before. The Republic of Serbia remains strongly committed to the objectives and principles of the United Nations Charter. We are determined to defend international law, including the Security Council Resolution 1244, which safeguards the sovereignty and territorial integrity of our country," said Mr. Dacic.

This year the UN Country Team in Serbia, together with the UN development system globally, is undergoing a reform driven by Member States to make it more efficient and put more focus on results and People. To strengthen the coherence of the UN work in the Republic of Serbia, an independent function of the UN Resident Coordinator, previously combined with the role of the UN Development Programme Resident Representative, was introduced in 2019. The UN reform facilitates Delivering as One across UN Agencies, Funds and Programmes and ensures better alignment with the Republic of Serbia development needs and priorities. All these principles will be outlined in the new UN Sustainable Development Cooperation Framework - the new programming cycle for the period 2021-2025, aimed at advancing Serbia’s development agenda in line with the Agenda 2030 and EU accession priorities.

The event was also a timely opportunity to launch an ambitious campaign starting January 2020 when the United Nations will hold dialogues around the world and across borders, sectors and generations to reach the global public, listen to their hopes and fears, and to learn from their experiences about the Future We Want and the United Nations We Need. The campaign will be devoted to 75th anniversary of the UN that will be marked next year. 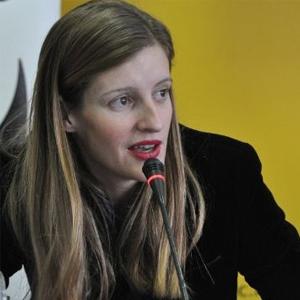