Belgrade, 6 June 2017 - Every year, WHO recognizes individuals or organizations in each of its six regions for their accomplishments in the area of tobacco control. This year, after careful consideration, the prestigious World No Tobacco Day Award goes to Dr Srmena Krstev, President of the Serbian National Committee for Tobacco Control, for her remarkable accomplishments, which is also a reflection of Serbia’s commitment toward improved tobacco control from the past decade.

Dr Srmena Krstev has been active in tobacco control as a distinguished member of the National Committee for Tobacco Control of the Ministry of Health of Serbia since 2003, and has led the Committee since 2008. She has demonstrated outstanding dedication through her participation in all tobacco control-related activities, both strategic and operational. These have included: drafting national strategic documents and legislation; preparing lectures; conducting research; educating the public; collaborating with the media. She has remained dedicated to tobacco control goals despite numerous obstacles and challenges.

Dr Krstev has set a distinctive example for health professionals and others involved in tobacco control through her exceptional leadership and ability to cooperate with both national and international partners.

While Serbia has made progress in the area of tobacco control, work remains in order to fully implement the WHO Framework Convention on Tobacco Control (FCTC). The WHO FCTC entered into force in 2005, and its Parties are obliged to take a number of steps to reduce demand and supply for tobacco products. There are 180 Parties to the Convention, including Serbia.

The current smoking prevalence among adults in Serbia was 34.7% in 2013 (37.9% among male population and 31.6% among female), compared to 26% in the EU Member States. Based on the current level of adult smoking in Serbia, premature deaths attributable to smoking are projected to be as high as 1.2 million of the 2.5 million smokers alive today, and may increase in the absence of stronger tobacco control policies. The SimSmoke tobacco control model that was used to develop the projections for Serbia indicate that by adopting a set of tobacco control policies consistent with the WHO FCTC, smoking prevalence in Serbia can be reduced by 29% within five years, 37% within 15 years and 44% within 40 years. Nearly 535,000 premature deaths could be averted over 40 years.

The tobacco epidemic is one of the biggest public health threats the world has ever faced, killing more than 7 million people every year and costs households and governments over US$ 1.4 trillion through healthcare expenditure and lost productivity. Among WHO regions, Europe has the highest prevalence of tobacco smoking. More than 6 million of those deaths are the result of direct tobacco use while around 890 000 are the result of non-smokers being exposed to second-hand smoke. But tobacco use is one of the largest preventable causes of noncommunicable diseases.

All countries have committed to the 2030 Agenda for Sustainable Development. Key elements of this agenda include implementing the WHO Framework Convention on Tobacco Control, and by 2030 reducing by one third premature death from noncommunicable diseases (NCDs), including heart and lung diseases, cancer, and diabetes, for which tobacco use is a key risk factor.

On World No Tobacco Day 2017, WHO is highlighting how tobacco threatens the development of nations worldwide, and is calling on governments to implement strong tobacco control measures as part of their responses to the 2030 Agenda for Sustainable Development. These include making indoor public places and workplaces smoke-free , raising excise taxes , banning marketing and advertising of tobacco and promoting plain packaging of tobacco products.

At today’s official Award ceremony held at the UN House building in Belgrade, in the presence of representatives of the Serbian government, relevant ministries, diplomatic community, UN agencies and the media, the Award was presented to Dr Krstev jointly by the WHO Representative in Serbia, Dr Zsofia Pusztai, the UN Resident Coordinator, Ms. Karla Robin Hershey, and Dr Meho Mahmutovic, State Secretary of the Serbian Ministry of Health.

WHO and UN will continue to support countries in their efforts to take strong national action on tobacco control to protect their citizens and pledge to leave no one behind in our work for a healthier and sustainable future for all.

WHO Framework Convention on Tobacco Control 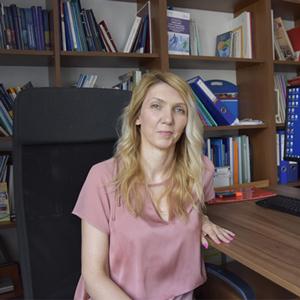