The Republic of Serbia is on a mission to map the work that is underway to implement the 17 Sustainable Development Goals (SDGs). As a first step, the UN Country Team in Serbia reviewed the compliance of the country’s policy framework with the 169 targets and 230 indicators of the 17 SDGs and assessed the country’s readiness to proceed with their implementation. The fact that Serbia is a candidate country for the accession to the EU, the Republic of Serbia called for a special review of the compliance and complementarities between 35 EU accession negotiation chapters that are implemented through a series of ongoing reform processes and linkages to Agenda 2030.

We conducted a real time comprehensive analysis in late 2017 to early 2018 using UNDP’s developed methodology called RIA – Rapid Integrated Assessment (RIA). The objective of the assessment tool is to support countries in mainstreaming the SDGs into national and subnational planning, by helping assess their readiness for SDG implementation.

We engaged a dozen of national experts who successfully reviewed over 100 of national policy documents, including those setting the targets relevant for the EU accession. Most of the documents were in Serbian, with a few available in English. The exercise outlined those areas that are well covered with the existing policy instruments, identifies areas where more attention is needed by policy makers, detects bottlenecks and accelerators and reviews institutional capacities in place to implement the SDGs.

Scaling up and gaining efficiency with artificial intelligence

We know it is important work, so we were on the lookout for innovative ways to make this process and other similar policy mapping exercises easier and more efficient. In January 2018, we heard about a pilot initiative between UNDP and IBM research which demonstrated that an artificial intelligence (AI) approach could be time saving and provide accurate mapping information. Using AI based on natural language processing (NLP) techniques could be successful in automating the rapid integrated assessment process that provides a baseline to measure future progress. The assessment, which looks at defining a roadmap for a country to implement the SDGs, was our starting point. They piloted the assessment in five countries where policy documents were available in English. We got satisfactory results from the pilot.

We teamed up with local policy experts from the SeConS Development Initiative Group, an independent organization which aims at contributing to the long-term socio-economic development and improving the living conditions of individuals and social groups in Serbia and the region. Our team at the UN also met with natural language processing experts from the School of Electrical Engineering at the University of Belgrade to take this initial pilot to the next level – and research how the assessments could be translated from English into another language, thus for the first time facilitating an automated mapping of policy documents in Serbian. The development of the methodology and testing of the automated policy mapping exercise in Serbia is being implemented between August and November 2018.

Thanks to an abundance of language tools, resources, and algorithmic NLP models available in English, the initial pilot allowed for an automation in countries where English is the predominant language for official documents. In the attempt to translate the automated text processing to Serbian, our team noticed several linguistic traits that make this work particularly challenging:

In addition to the language-related challenges mentioned above, we also identified the following specific context related advantages:

Getting started, getting technical

Our first step was to choose a sample of the 17 SDGs to be analyzed, limiting the dataset. Taking into consideration the quality and format of data available, and keeping in mind that next year’s voluntary national review discussion will focus on inequality, the team selected five SDGs that are clustered under the heading People, including:

Initial tests indicate that a combination of Adobe Acrobat Pro’s text extraction mechanism and a replacement procedure through which particularly problematic PDF files would be replaced with an easier to read alternative (e.g. Word files) could prove to be successful in tackling this problem.

We expect a number of technical innovations to surface from the process of adapting the proposed AI approach to texts in Serbian. The complexity of texts in Serbian will be decreased through the use of stemmers, tools that reduce each word to its stem (a stem is similar to a word’s root form). Such tools have been found to increase natural language processing model performance on several semantic tasksin Serbian, so there is good reason to believe these tools may be effective with the similar, albeit more complex, rapid integrated assessment exercise.

Our initial efforts show that flexible word ordering is not likely to be a major issue in terms of transferring the (English-centric) automated pilot exercise to Serbian, since the AI method focuses on sentence or paragraph-level semantics, where the exact word ordering becomes less important.

After these technical and algorithmic adaptations have been completed, the School of Electrical Engineering at the University of Belgrade and SeConS will measure the effectiveness of the AI method using the data from the manual exercise conducted in Serbia earlier this year and will submit a report showing the comparison between the two report, more importantly we be looking to see if the accuracy of the AI driven report the same or superior to the manually produced rapid integrated assessment report.

Despite all of the linguistic and technical challenges, this project could prove to be beneficial for data collection and analysis processes not only in Serbia, but also for neighboring countries, due to close linguistic ties within the sub-region.

We will discuss the results of this pilot exercise extensively with data holders, producers and users, including the Government and civil society partners, to obtain their valuable input to inform the way forward. The UN Country Team will use the additional feedback to see if and how this automated policy data search could be used to save time and improve the accuracy of data analysis. Lessons learned will be applied to other activities in Serbia aimed at supporting Government efforts toward fulfilling their priorities towards Agenda 2030 in Serbia. The questions that we hope to answer  in the follow up consultations include: Can we use automated policy mapping for other processes beyond the initial SDG data mapping? How can we use it to map the progress towards SDG achievement and its linkages to the EU Acquis?

Whatever the answers to these questions may be, we will keep you updated. Watch this space and follow our progress on social media. 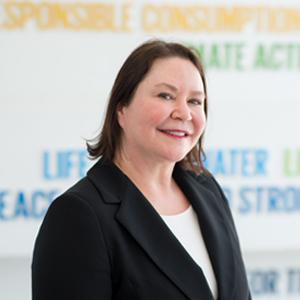