Violence against women, according to the UN Declaration on the Elimination of Violence against Women, is any any act of gender-based violence or acts of violence that disproportionately affect women. The data shows that almost every third woman experienced violence in her life, and most of the perpetrators are men.

"Male violence against women can be only stopped by changing personal and social patriarchal and discriminatory attitudes that degrade women and girls, and tolerate and justify violence against them," says Jelena Tadzic, head of the social inclusion and gender equality portfolio of the United Nations Development Programme (UNDP), and adds that the UN sees boys and men as important allies in the long-term struggle against this type of violence.

From 2011 to 2016, a total of 658 perpetrators were referred to the programmes for the  work with perpetrators of violence in Serbia. Unfortunately, ever since their establishment, these programmes have been sporadically implemented, they are not part of the multi-sectoral protection system and are not systemically linked to victims’ support programmes. In addition, although the institutions nominally accept the idea of such programmes, there is no systemic response to violence against women and children. At the same time data on their distribution, quality, characteristics and effects are scarce.

Responsible programmes for the work with perpetrators of violence primarily aim to reduce the risk of repetition of domestic violence and to increase safety of women and children at risk. “Men can choose not to be violent and most of them are not feeling comfortable with what they do,” claims Rory Macrae, National Coordinator of the Caledonian System in Scotland. “These programmes offer an opportunity to perpetrators to openly discuss their prejudices and beliefs and develop strategies to solve their own problems in a less destructive manner, while improving their own and the lives of their loved ones. This also helps prevent future generations from repeating the violence they have experienced as children.”

Effective implementation of these programmes involves information exchange and cooperation between women’s support services, the police and judiciary. The implementation of the programme for the work with perpetrators of violence is an international obligation that Serbia took over by ratifying the Istanbul Convention in 2013. The implementation of these programmes abroad started in 1980s. "Programmes for the work with perpetrators of violence are not an alternative to or a substitute for sanctions. Violence is a criminal offense and must be punished. That’s why these programmes, especially in the so-called gray areas, when the perpetrator does not end up in court, although violence ocurred, play big role,“ claims  Alessandra Pauncz, director of the European network for work with perpetrators of violence, stressing that the the safety of women and children must be in always in focus.

The conference was organized as part of the joint project "Integrated Response to Violence against Women and Girls in Serbia", implemented by the UN agencies (UNDP, UNICEF, UN Women, UNFPA) in partnership with the government institutions at all levels - national, provincial and local, with the support of the Swedish Government. 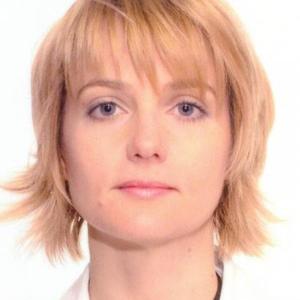