Head of the Delegation of the European Union (EU) to Serbia, Ambassador Sem Fabrizi, congratulated the representatives of beneficiary local self-governments for the projects approved through the EU PRO development programme at the project certification ceremony organised in Kragujevac.

The European Union (EU) allotted ten million Euros for the implementation of close to 80 infrastructure projects in 99 local self-governments[1] included in the Programme. The projects will contribute to new investments, job creation and development of public infrastructure.

Selected local self-governments will be supported in the process of developing detailed regulation plans, covering areas that have the potential to generate economic activity, mainly greenfield and brownfield locations, tourist areas and valuable cultural and natural assets.

Additionally, the EU will invest 4.5 million Euros in the implementation of close to forty local projects focused on the construction and reconstruction of public buildings, sports and culture, education, health and social care facilities, and improving communal infrastructure, thus directly contributing to better quality of life for people.

The European Support to Municipal Development Programme - EU PRO contributes to overall economic and social growth in 99 local self-governments in the regions of Šumadija and Western Serbia and Southern and Eastern Serbia.

The European Union allocated total amount of 25 million Euros for the realisation of this three-year programme that started in January 2018.

The Programme is implemented by the United Nation Office for Project Services (UNOPS) in partnership with the Ministry of European Integration (MEI) and other line ministries and institutions of the Government of the Republic of Serbia.

EU PRO relies on the best practices and achieved results of its predecessor programmes se EU PROGRES and European PROGRES. 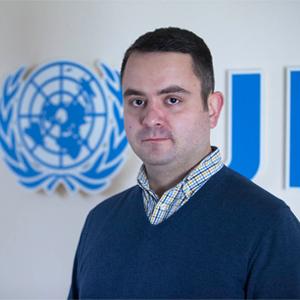