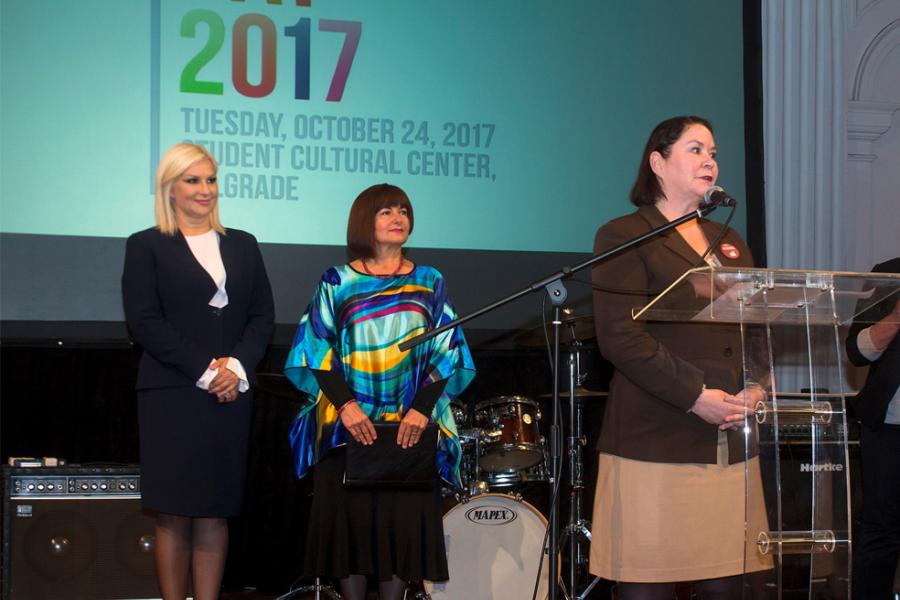 Belgrade – The support to the economic, social and political development of Serbia, which the United Nations Team in Serbia provides, is based on the fundamental values of this global organization. In the coming years, the United Nations’ support in Serbia will focus on the 17 globally accepted, specific goals - in the context of the priorities and reforms related to the European Union accession process.

Dozens of programs will be implemented with continuous policy and advocacy expert support, as along with the experience and proven practices the United Nations brings to Serbia from countries around the world. This was concluded at  the special event marking the 72nd Anniversary of the UN (United Nations Day), organized jointly by the Government of the Republic of Serbia and the United Nations Team in Serbia, at the Student Cultural Center in Belgrade.

"Our work is based on the efforts that no one is left behind, that is, that each individual must have an equal chance in society. At the same time, all plans, strategies and the Global Goals of the United Nations, adopted by more than 150 countries in the world, including Serbia, are not legally binding. Our goals will become reality, when the will of people rise - from governments, through civil society, scientific and professional public, corporate sector, local communities to every individual", says Karla Hershey, UN Resident Coordinator in Serbia. "Globally, the United Nations estimate that there are enough funds in the world for all 17 Goals to be achieved. In addition to prioritizing localized SDGs, a financial model for funding these goals must be in place to ensure success," she adds.

In addition to Serbia’s hard work devoted to the SDGs implementation, Simona-Mirela Miculescu, Representative of the UN Secretary General and Head of the UN Office in Belgrade stresses country’s significant contribution to global peacekeeping efforts, commends the professionalism and good reputation of the Serbian peacekeepers, and applauds Serbia’s efforts to increase the number of women peacekeepers. “Serbia continues to be the leader in the Western Balkans in terms of troops and police contribution to UN peacekeeping efforts. We also cherish Serbia’s constructive approach to promoting regional stability through improving relations with neighbors and engaging in the EU-facilitated dialogue with Pristina”, says Ms. Miculescu.

“The Government of the Republic of Serbia is grateful to the United Nations for their support during the difficult moments Serbia went through in the past years - from the May floods of 2014, to the migrant crisis; as well as for the very successful cooperation we have with a large number of agencies, funds and programs that are part of the United Nations family in Serbia. The UN can count on the Government of Serbia as a partner in achieving the Sustainable Development Goals by 2030, and I believe that we will continue to work together more effectively on improving public administration, economic development, creating equal opportunities society, protecting the environment and everything else that is essential for development of our society and for the benefit of all the citizens of Serbia", said Deputy Prime Minister of the Government of the Repulic of Serbia and President of the Coordination Body for Gender Equality, Prof. dr. Zorana Mihajlović.

The five strategic goals are defined in accordance with national development priorities of the Government of the Republic of Serbia, and are fully in line with EU integration and the global Agenda 2030.

The Development Partnership Framework (DPF) recently signed between the Government of the Republic of Serbia and the UN Country Team for the period 2016-2020 presents a roadmap for strategic cooperation in further improvement of good governance and rule of law, development of social and human resources, economic development, growth and employment, environment protection, fight against climate change and building resistant communities, as well as integrating culture into the overall process of sustainable development. The expected value of the activities to be implemented by the UN Country Team in cooperation with the Government of the Republic of Serbia during this period, is estimated at USD 170 million, not including funds allocated for emergency situations such as the refugee/migrant crisis. In the first year of the 2016-2020 DPF, the UN Country Team in Serbia provided assistance worth USD 63 million, out of which USD 47 million was allocated for regular development activities, and 16 million for assistance in relation to migrants.

The Sustainable Development Goals, known as Global Goals, are a universal call to action to address global challenges in order to end poverty, protect the planet, and ensure that everyone can enjoy peace and prosperity. They are five core principles of the Agenda 2030, universality, leaving no one behind, integrated agenda, human rights and national ownership. They were adopted by more than 150 countries at the United Nations Headquarters in New York on 25-27 September 2015, and were presented on the occasion of the UN Organization’s Seventieth Anniversary. There are 17 SDG’s, and each has a number of specific targets (169 in total) to be achieved by 2030. They are integrated and indivisible and balance all three dimensions of sustainable development: economic, social and environmental.

UN Day marks the anniversary of the entry into force in 1945 of the UN Charter. With the ratification of this founding document by the majority of its signatories, including the five permanent members of the Security Council, the United Nations officially came into being. 24 October has been celebrated as United Nations Day since 1948.

The UN team in Serbia (UNCT), coordinated by the UN Resident Coordinator, consists of 19 UN agencies, funds and programs that are signatories of the DPF and carry out development activities in the country. The UN team in Serbia is working on the basis of five-year strategic frameworks called the UNDAF (United Nations Development Assistance Framework) and signed with the Government of the Republic of Serbia. The previous UNDAF, covering the period 2011-2015. In 2009, covered three basic areas of work: good governance, sustainable development and social inclusion, regional stability and cooperation. In the period from 2011 to 2015, the UN team in Serbia provided assistance worth more than USD 230 million.

UN Office in Belgrade (UNOB) is the main channel of communication between the United Nations Interim Administration Mission in Kosovo (UNMIK), the Government of the Republic of Serbia and the diplomatic community in Belgrade on matters relating to the implementation of Security Council Resolution 1244 (1999). UNOB also monitors regional developments in the Western Balkans of relevance to the United Nations, working closely with the UN Country Teams and other partners on regional issues. 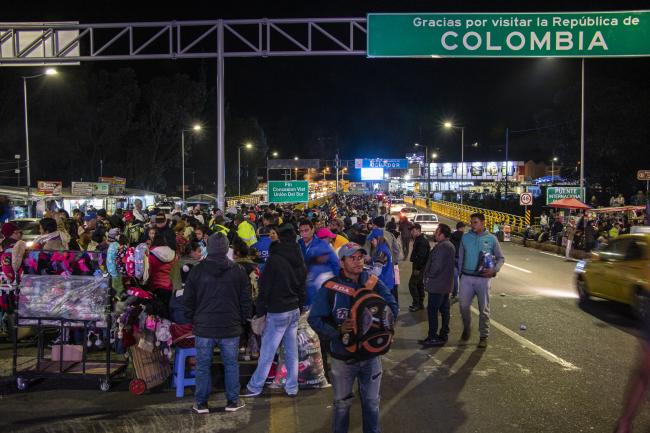 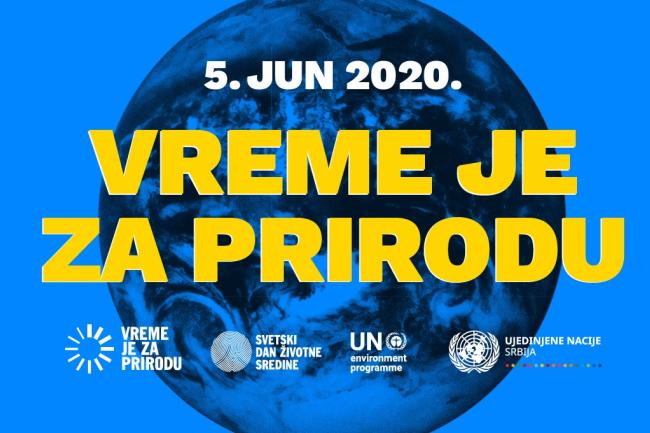