UNHCR and IOM present Global Compact on Migration and Refugees

This event is organized with regard to the adoption of the New York Declaration for Refugees and Migrants on 19 September 2016 which further led to the adoption of Global Compact for Safe, Orderly and Regular Migration (GCM). GCM will be used to enhance coordination in the multidimensional field of international migration and will serve as a framework for comprehensive international cooperation to address migrants, human mobility and all aspects of international cooperation.

In the New York Declaration, 193 UN Member States have also requested the UN Refugee Agency – UNHCR to steer head consultative process leading to the adoption of a Global Compact for Refugees.

With regards to the above, Resident Coordinator of the United Nations in Serbia, Ms. Karla Hershey stated at the opening of the Conference: “Both Global Compact processes seek to advance international solidarity and standards in managing migrants and refugees globally.  This also mirrors one of the aims of Serbia’s progress towards EU Accession, bearing in mind the strong positive influence that Chapters 23 and 24 will have on the Global Compact.  At the same time, migration is part of Agenda 2030 as a key global development policy, particularly focused on lowering inequalities. “Nobody left behind” refers to all humans. In addition to citizens, refugees, stateless persons, asylum-seekers and migrants all need to be recognized under this Global Compact.“

Ambassador Katarina Lalic Smajevic of the Ministry of Foreign Affairs of the Republic Serbia addressed the participants in the introductory session by emphasising that:  „Republic of Serbia has supported the adoption of New York Declaration and is actively involved in achieving Global Compact on migration and Global Compact on Refugees because we believe that only through a coordinated activity and joint efforts, both international organizations as well as UN member states, we can lead to a significant breakthrough in addressing migration and refugees crisis, due to the fact that this is not geographically limited but global phenomenon. UNHCR, IOM and other international partners can count on Serbia's cooperation in reaching their goal, as it was thus far.

Having in mind the commitment of all government institutions in addressing the migration crisis, government representatives took a special reflect on priorities and challenges. State Secretary of the Ministry of Labour, Employment, Social and Veteran Affairs, Mr. Nenad Ivanisevic stated: „Serbia remains committed to finding a solution to migration crisis, we will neither build walls nor fences, everyone who find themselves in our territory will be assisted, but we will certainly take care of the safety of our citizens“.

Assistant to the Police Director, Mr. Bogoljub Zivkovic has emphasised: „Since 2015, which was the beginning of migration crisis in Europe, Serbia has been facing great challenges which are being handled in responsible and humane manner. With regards to that, Ministry of Interior shall, in line with its jurisdiction, contribute to fulfilling the commitments laid out in the New York Declaration and shall continue with comprehensive and exceptional cooperation that it has with IOM Mission and UNHCR in Serbia through projects and donations which aim to assist Ministry of Interior in responding to the challenges of the migration crisis“.

On behalf of the Commissariat for Refugees and Migration of the Republic of Serbia, Deputy Commissioner, Ms. Svetlana Velimirovic stated: „Serbia is a country with dynamic migration flows and, at the same time, a country of origin and reception of migrants. Unified standards, good coordination and joint understanding of a solution to migrants' problems, especially by taking care of the rights of both local and migrant population, are the key element to an efficient migration management. I am certain that Serbia can make a significant contribution through its knowledge and experience“.

Through a detailed presentation of a Global Compact on Migration, IOM Coordinator for Western Balkan, Mr. Peter Van der Auweraert stated: „As IOM, we hope that governments will agree on increasing legal pathways for migration and take concrete steps to further improve the protection of vulnerable migrants. As the leading UN agency on Migration, IOM stands ready to support governments with both the formulation and eventual implementation of the Global Compact on Migration. Given its broad experience in managing crisis and ordinary migration, Serbia has a lot to contribute to the inter-state process that will determine the content and the scope of GCM“.

Having outlined the process leading to a Global Compact on Refugees, Mr. Hans Friedrich Schodder, UNHCR Representative in Serbia concluded: „The UN Refugee Agency warmly welcomes the strong interest of Serbia in forging a Global Compact on Refugees. Having protected and assisted more than half a million refugees from the former Yugoslavia, more than 200 thousand internally displaced from Kosovo and Metohija as well as close to a million, mainly Syrian, refugees during the recent European refugee crisis, the government and people of Serbia have shown exemplary compassion and developed many good models that can assist in enhancing international solidarity and standards in easing the plight of refugees and IDPs.“ 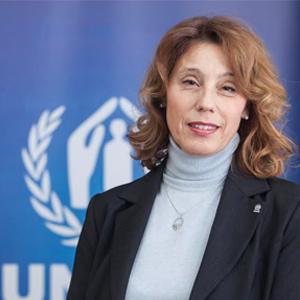