Being LGBTI in the Western Balkans Easier, Yet Far from Easy

Enactment of new laws & policies needed, and their consistent implementation to foster an enabling environment to further promote the rights of LGBTI people 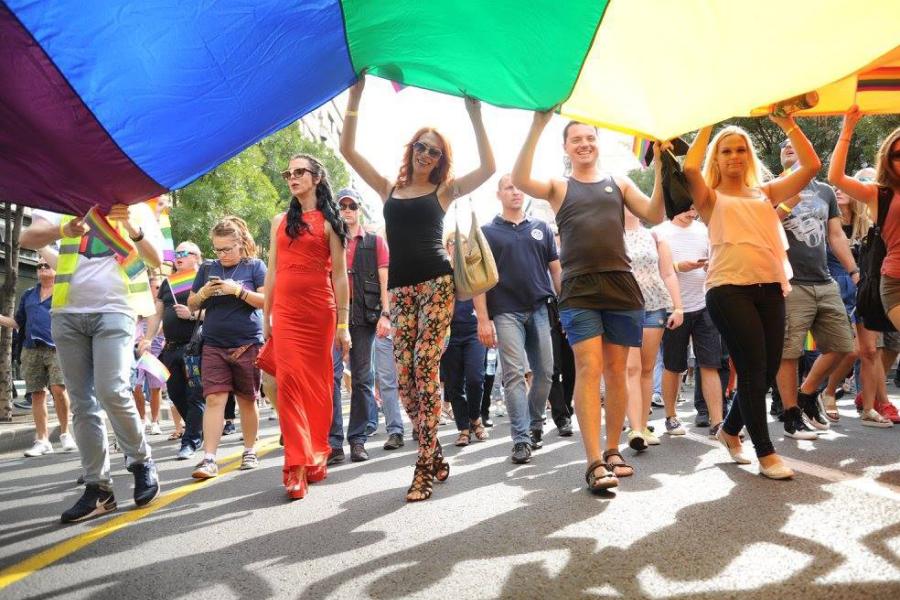 Belgrade  – Thanks to better laws and protection across the Western Balkans, the situation of LGBTI[1] people has improved. However, the challenges and shortcomings in the implementation of laws, as well as the enduring social stigma, mean that there remains a long journey ahead for these communities to benefit from development.

These conclusions have brought together government leaders, policy makers and civil society activists with international development partners in Belgrade, Serbia for a two-day Sub-Regional Dialogue hosted by the United Nations Development Programme (UNDP) and supported by the United States Agency for International Development (USAID) to reinvigorate joint efforts to: Reduce Inequalities & Exclusion, and Combat Homophobia & Transphobia Experienced by LGBTI People in Albania, Bosnia and Herzegovina, the former Yugoslav Republic of Macedonia and Serbia

“Whilst we all appreciate the improvements in the legal frameworks in our project’s target countries, we must also recognise shortcomings and reaffirm the need for their full implementation”, said Steliana Nedera, Deputy Resident Representative of UNDP in Serbia, and underscoring that, “some areas are still not regulated or will require legislative changes, such as the position of intersex and trans persons, or same-sex partnerships”.

Some of the gaps include inconsistent implementation of anti-discrimination legislation, investigation, prosecution and sanctions for hate crimes and full legal recognition for transgender people.

This message to some 100 participants at the opening of the two-day event was reiterated by Meho Omerović, Member of the Serbian Parliament and President of its Committee for Human and Minority Rights and Gender Equality, who recognized the need for enactment of new laws and policies, as well as their consistent implementation to foster an enabling environment to further protect and promote the rights of LGBTI people.

To this end, partners have called for advocacy priorities to include protection from violence, police abuse, stigma and discrimination in employment, health, education, housing, justice and government services.

The United Nations agencies and programmes have long stressed that violence and discrimination against LGBTI people must stop, evidencing the shared commitment and support to the protection of rights to sexual orientation and gender identity. An open window of opportunity for the promotion of the rights of LGBTI people was created for countries in Eastern Europe as part of their efforts to adopt legislation against discrimination and the establishment of institutions and mechanisms for the protection of human rights in the context of democratization and accession to the European Union.

“The Sub-regional Dialogue has provided a platform to share lessons learnt from the work on reducing inequalities and exclusion experienced by LGBTI people and build on the strong momentum that has been generated by the project in the four programming countries of the Western Balkans and beyond,” said Dr. Rosemary Kumwenda, Regional Team Leader for Eastern Europe and the CIS, UNDP Istanbul Regional Hub.

The project entitled “Being LGBTI in Eastern Europe”, funded by the United Stated Agency for International Development (USAID) and implemented by UNDP, aims to reduce inequalities and exclusion experienced by LGBTI people by strengthening the evidence base, developing advocacy approaches and instruments in national languages, and convening dialogues that bring together national decision makers from the executive, legislative and judiciary branches with LGBTI civil society organizations, their allies and other stakeholders.

The Sub-Regional Dialogue is an important step in building consensus and strengthening the movement for legal and social change to advance the human rights of LGBTI people in the Western Balkan countries.