Serbia ranks as one of the world’s top largest grain exporters and offers many advantages in terms of trade – from high-quality grains to favourable transport links along the Pan-European Corrridor VII, which connects the Black Sea to the North Sea.

Serbian grain yields are still 15 to 20 percent lower than in the European Union. But Serbia is quickly catching up with maize yields increasing by a quarter and wheat yields by a third over the last ten years.

Around 200 grain and oil seed industry leaders from Serbia and abroad gathered in Belgrade today for the first ever Serbia Grain Conference.

In addition to export possibilities for Serbian grain, the conference looked at logistics, bottlenecks limiting sector growth, the impact of climate change on grain yields and quality and global grain projections and market trends. It also explored investment needs to increase trade efficiency.

Emmanuel Hidier, FAO Senior Economist, noted that “further mid- to long-term investment, like modernizing irrigation systems to cope with a changing climate and reduced rainfall, would boost production and yields,” he said.

Miljan Zdrale, EBRD Head Agribusiness for Central and South-Eastern Europe, added that investing in expanding port capacities, building new silos and upgrading the existing ones would “put Serbia in a good position, especially in years of high productivity, to respond to grain shortages elsewhere.”

The event was organized by the Serbian Grain Association with support from the European Bank for Reconstruction and Development (EBRD), the Food and Agriculture Organization of the United Nations (FAO) and the Serbian Ministry of Agriculture, Forestry and Water Management.

For the last two years, FAO and the EBRD have supported the Government and the Serbian Grain Association in their efforts to strengthen Serbia’s standing as a major producer and exporter of grain and oilseeds.

They have facilitated public-private policy dialogue to discuss domestic grain infrastructure, grain quality, trade and export issues, including phytosanitary requirements for wheat exports to Egypt, one of the world’s biggest grain importers.

The Serbian Grain Association, with FAO and EBRD support, has also become stronger over the last two years.

It has increased its membership and its visibility through a new website, a monthly e-newsletter and its participation in major international grain events. The Association, for example, hosted a round table at Global Grain Geneva, Europe’s largest annual meeting of grain players, to promote Serbian grain.

Today’s conference was a unique opportunity for networking and creating business contacts with key stakeholders. Serbian government officials, representatives from the International Grain Council, the Serbian Grain Association and national and multinational companies, national and international experts, grain traders and exporters were among the participants.

Serbia is looking to make its grain conference an annual event, bringing public and private sector players together to advance the industry. 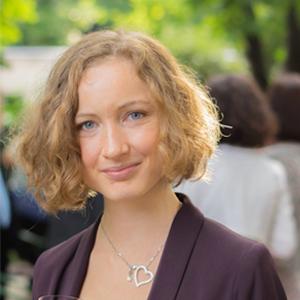