Belgrade, 20 March 2019 – The UN Entity for Gender Equality and the Empowerment of Women in Serbia (UN Women) and the UN Human Rights Team in Serbia, together with civil society organizations, presented the concluding observations and recommendations of the UN Committee on the Elimination of Discrimination against Women.

The observations and recommendations to Serbia were released on 8 March and concern the fourth periodic report on the implementation of the UN Convention on the Elimination of All Forms of Discrimination Against Women, to which Serbia has voluntarily committed itself as a UN member state.

“As a party to the Convention, Serbia has undertaken to ensure that women enjoy all human rights and freedoms fully and equally. The Committee’s recommendations highlight certain progress and also offer guidance for all of us on joint action to prevent violations of these rights and freedoms in specific areas”, observed Milana Rikanović, Head of UN Women in Serbia.

In its concluding observations, the Committee welcomes the progress made, especially the legal reforms undertaken and the ratification of the Istanbul Convention, and also makes important recommendations to Serbia on advancing gender equality and reducing gender-based violence.

“We hope that the Committee’s findings and recommendations to Serbia will provide guidelines both to the Government and to the civil society on what the priorities are and how all stakeholders in society can contribute to overall improvement. The Committee has been very specific in its commendations and recommendations and we hope they will have an impact on further national and local efforts”, stated Milan Marković, Head of the UN Human Rights Team in Serbia.

Among other things, the Committee urges the state to take all necessary measures to combat the anti-gender discourse and to intensify efforts to raise women’s awareness about their rights under the Convention. According to the Committee, the state is required to enable access to free legal aid for victims of all forms of gender-based discrimination and to strengthen cross-sectoral cooperation in order to prevent and combat gender-based violence.

In addition, it underlines that all cases of trafficking in persons must be effectively investigated, equal representation of women accelerated in all areas of public and political life, immediate birth registration and access to identity documents ensured for all children, and gender-sensitive content introduced into curricula and textbooks.

The event was jointly organized by the United Nations Entity for Gender Equality and the Empowerment of Women (UN Women), United Nations Human Rights Team in Serbia, Platform of Organizations for Cooperation with UN Human Rights Mechanisms and Women's Platform for the Development of Serbia.

"Current reforms in our society are present but only formal, without essential implementation of laws, policies and effects on women's position and gender relations. Implementation mechanisms are not effective, because the accompanying regulations defining these mechanisms are missing or brought long after the adoption of laws," says Biljana Stepanov, director of the Center for Women Support and members of the Women's Platform for Development of Serbia. 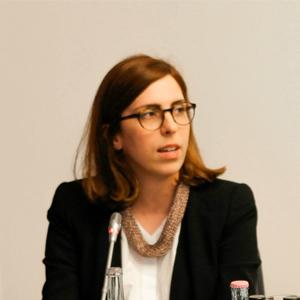