Mother Earth is clearly urging a call to action.

“Attaining the SDGs will mean overcoming setbacks that had already been caused by COVID-19, and accelerating efforts in-country and across the region.”

“The most directly affected country is Ukraine itself, of course. But the effects of the war are being felt across the whole the region. Some are humanitarian, as countries in the region display unprecedented solidarity by taking in refugees from Ukraine. And some are economic, as trade ties and labor markets are disrupted.” For example, of the 4.3 million people who have fled from Ukraine since 24 February, around 399,000 have crossed the border into Moldova, according to data from 5 April. Given that Moldova is a nation of just four million people, in proportion to its population it is the country with the highest number of arrivals from Ukraine in the world. Around two-thirds of the refugees have moved on to other countries, notably neighboring Romania, but tens of thousands have remained in Moldova.

Among the other pressures in the region is the spillover effect from international sanctions imposed on the Russian Federation, with inflation of currencies, increased import bills, higher consumer prices for food staples, and increased production costs. Specifically, countries in Central Asia are highly dependent on remittances from labour migrants in Russia, which for millions of households are the sole source of income for families. Central Asian countries that neighbour Afghanistan had already been facing impacts from the upsurge in that country’s crisis since in 2021.

In addition, the region is continuing to face the economic and social impacts of the COVID-19 pandemic. Ms. Mohammed underscored that, as the representatives of the UN Secretary-General for development in countries, Resident Coordinators have convening power, an ability to broker partnerships, and to provide the effective coordination needed to achieve results on the ground.

Given the massive impact of the ongoing war in Ukraine, like their role in the COVID-19 response, Resident Coordinators will be delivering fast-tracked development support to countries in the region. She added that gender inequality remains a priority to address in the region and is a major hurdle to sustainable and inclusive development. For example, gender gaps are persistent in participation in the labor force (66 per cent men compared to 50.6 per cent women) and wages (about 30 per cent); and women continue to face several major constraints including lack of affordable and quality childcare, the double burden of domestic and professional work and social pressure to conform to gender roles.

Osnat Lubrani, the UN Resident and Humanitarian Coordinator for Ukraine, highlighted that “the UN is scaling up the humanitarian response, working closely with the Government of Ukraine and using national system to provide multi-purpose cash assistance. But there is a massive destruction of infrastructure that will require significant support to recover.”

Easter is a season for renewal, resurrection and hope.

It is a time for reflection on the meaning of suffering, sacrifice, death — and rebirth.

It is meant to be a moment of unity.

But this year, Holy Week is being observed under the cloud of a war that represents the total negation of the Easter message.

Instead of celebration of a new life, this Easter coincides with a Russian offensive in eastern Ukraine.

The intense concentration of forces and firepower makes this battle inevitably more violent, bloody and destructive.
The onslaught and terrible toll on civilians we have seen so far could pale in comparison to the horror that lies ahead.  This cannot be allowed to happen.

Hundreds of thousands of lives hang in the balance.

Many good-faith efforts by many parties to reach a ceasefire in Ukraine have failed.

Today I am calling for a 4-day Holy Week humanitarian pause beginning on Holy Thursday and running through Easter Sunday, April 24th, to allow for the opening of a series of humanitarian corridors.

The humanitarian pause would provide the necessary conditions to meet two crucial imperatives.

First, safe passage of all civilians willing to leave the areas of current and expected confrontation, in coordination with the International Committee of the Red Cross.

Second, beyond humanitarian operations already taking place, a pause will allow for the safe delivery of lifesaving humanitarian aid to people in the hardest-hit areas such as Mariupol, Kherson, Donetsk and Luhansk.

The United Nations is ready to send humanitarian aid convoys during this period to these locations.  We are submitting detailed plans to the parties.

Humanitarian needs are dire.  People do not have food, water, supplies to treat the sick or wounded or simply to live day-to-day.

More than 12 million people need humanitarian assistance in Ukraine today.  Of those, more than one-third are in Mariupol, Kherson, Donetsk and Luhansk.
We anticipate that this figure will increase to 15.7 million – that’s about 40 percent of all Ukrainians still left in the country.

There is a measure of progress to build upon.  Some 2.5 million people have been provided with assistance in the past seven weeks, including many in the east.

For all these life-or-death reasons, I call on Russians and Ukrainians to silence the guns and forge a path to safety for so many at immediate risk.

The 4-day Easter period should be a moment to unite around saving lives and furthering dialogue to end the suffering in Ukraine.

This morning, the Emergency Relief Coordinator Martin Griffiths briefed the Ukrainian Council of Churches and Religious Organizations – including Orthodox, Catholic, Protestant, Muslim and Jewish leaders.  I welcome their support.

Inspired by Holy Week and all that it represents, I urge all parties – and all champions of peace around the world -- to join my Easter appeal.

Stop the bloodshed and destruction.

Open a window for dialogue and peace and keep faith with the meaning and the message of Easter. 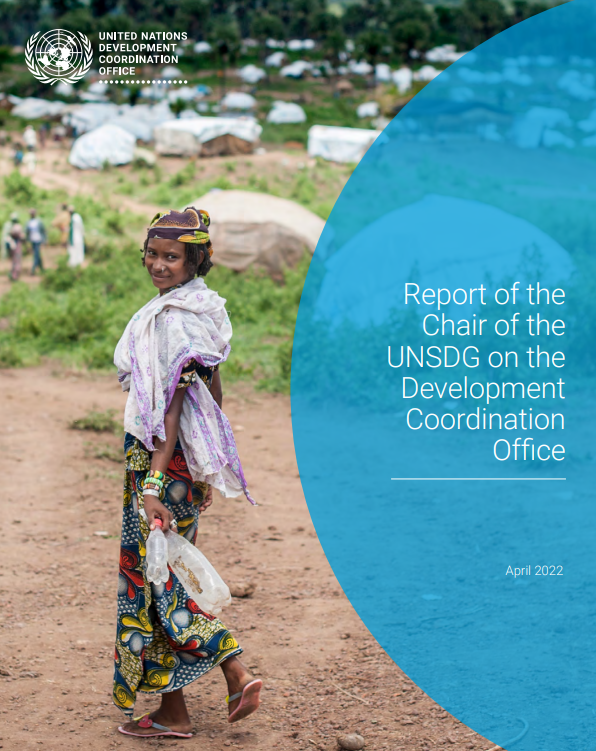 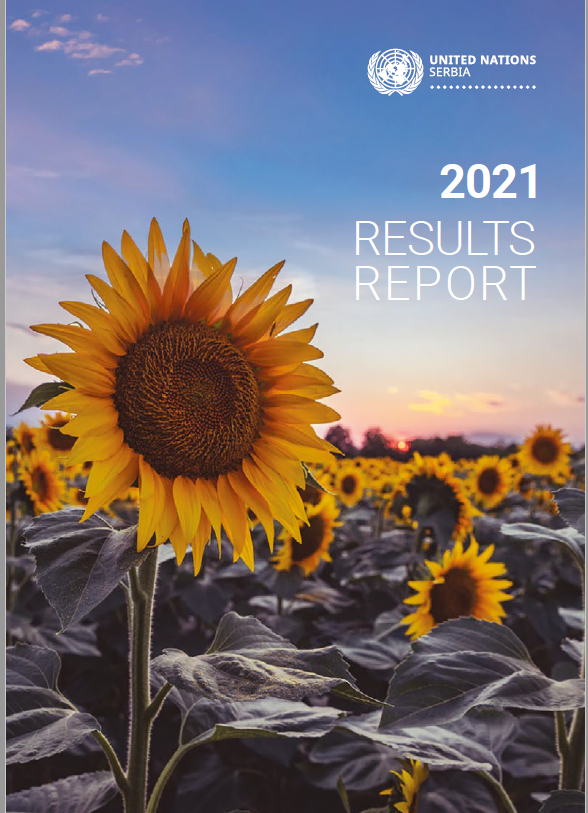 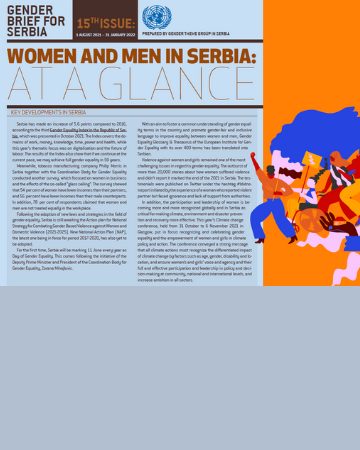 Resources
08 April 2022
Women and Men in Serbia: At a Glance 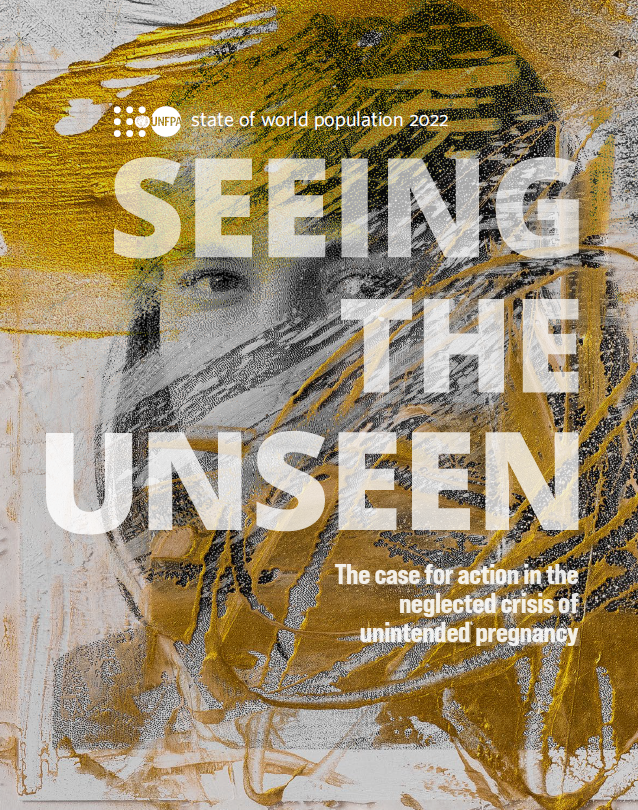 Resources
31 March 2022
The State of World Population 2022 - SEEING THE UNSEEN: The case for action in the neglected crisis of unintended pregnancy 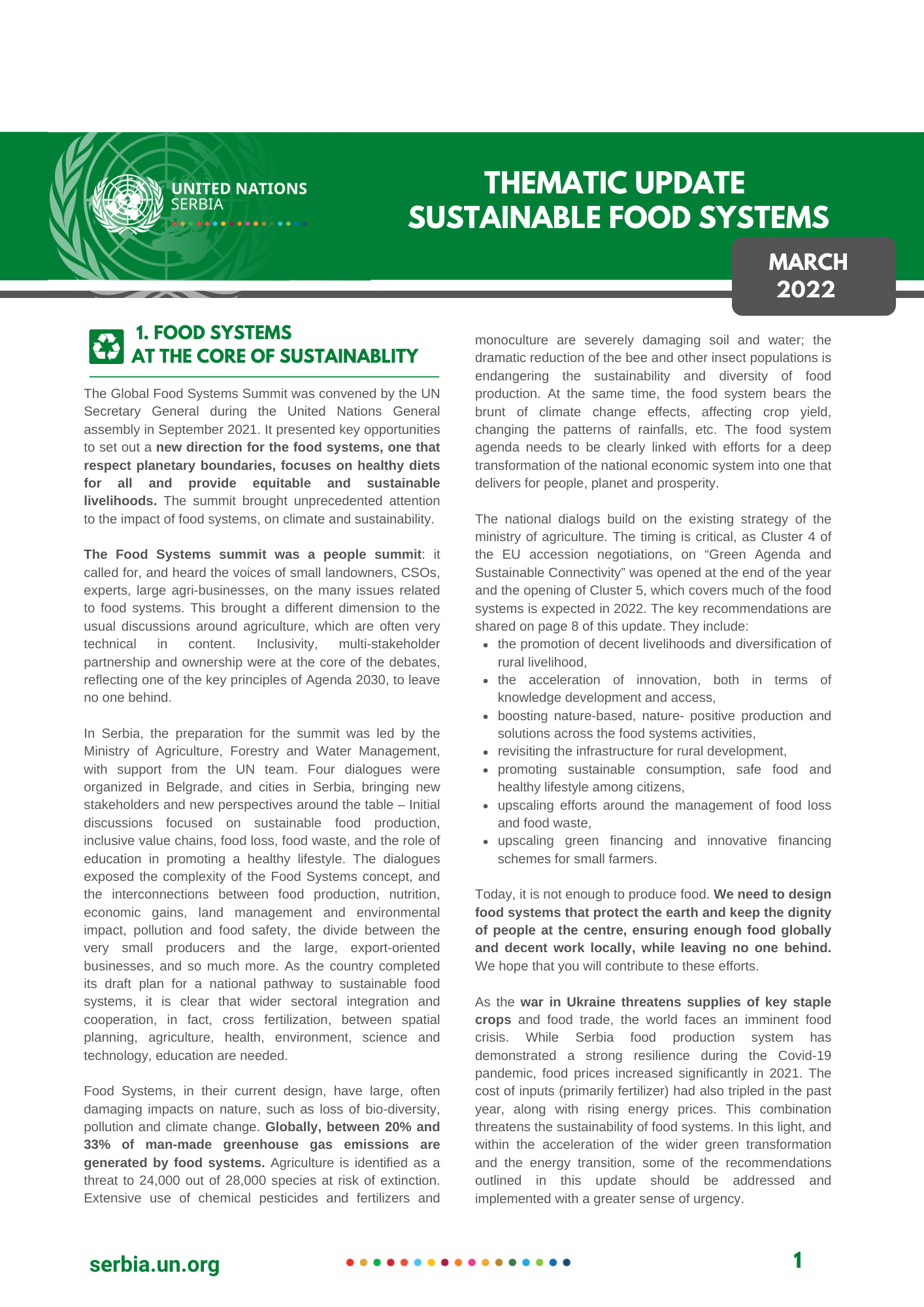 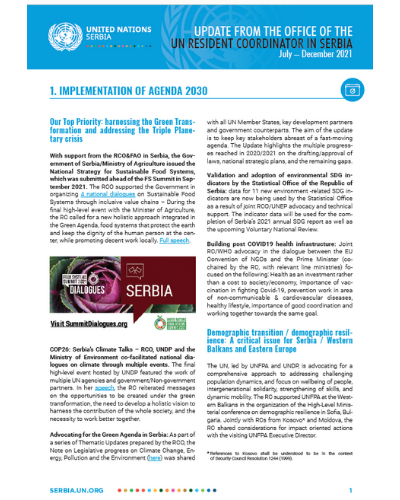 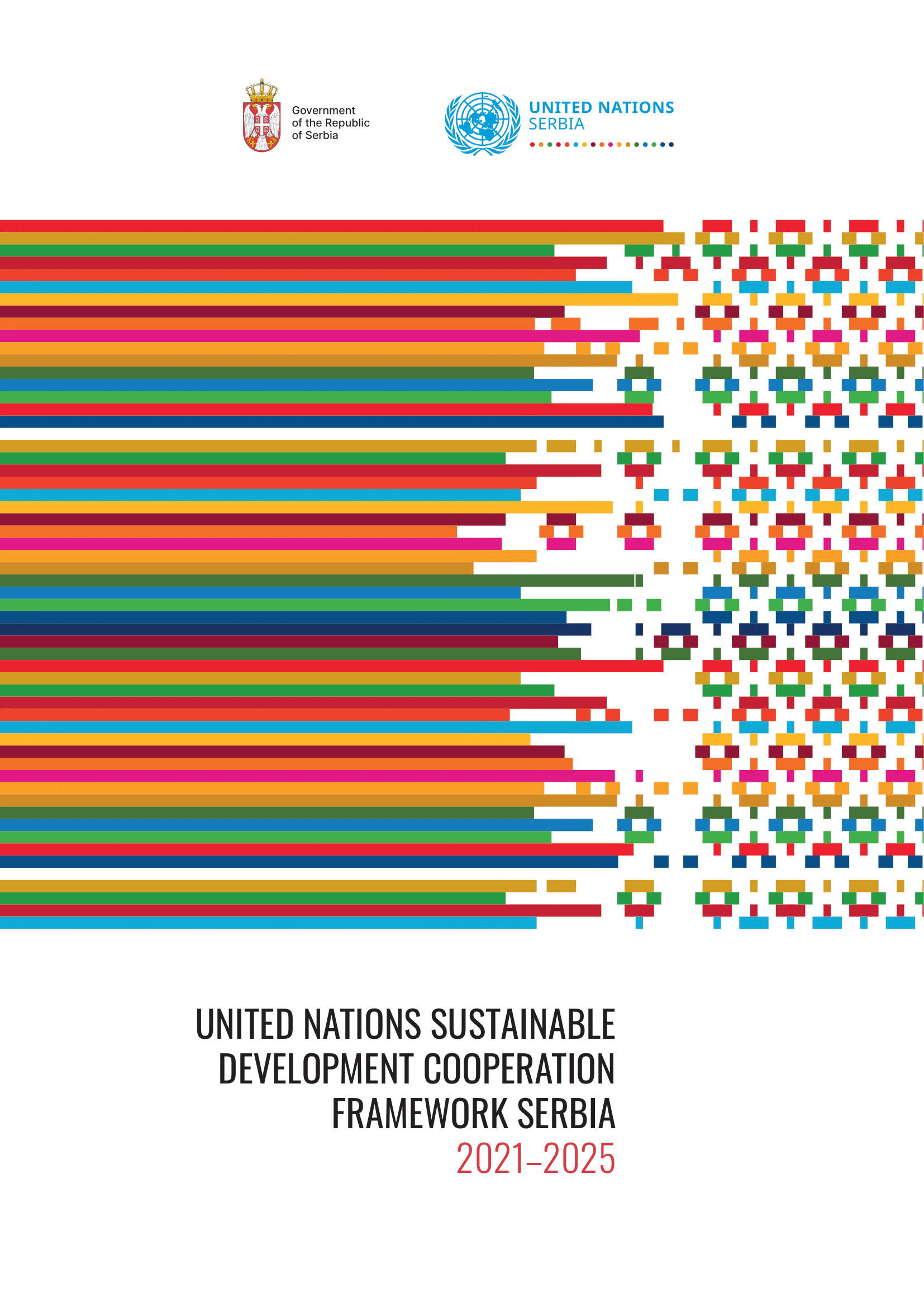 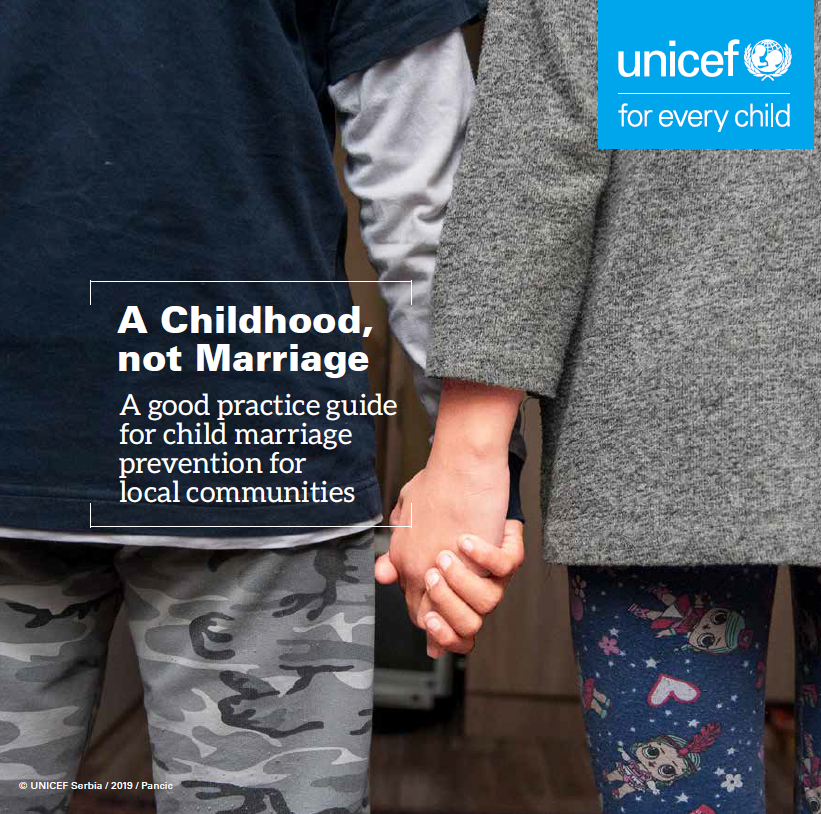 Resources
28 January 2022
A Childhood, not Marriage 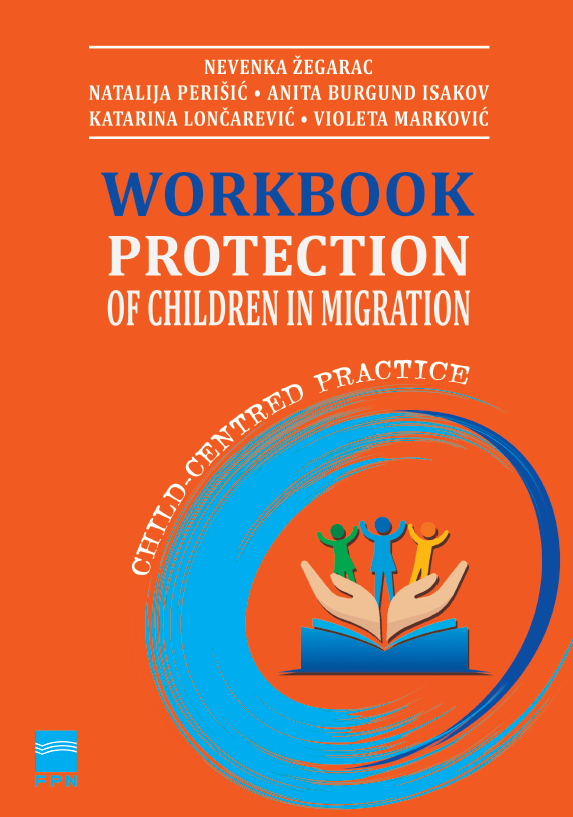 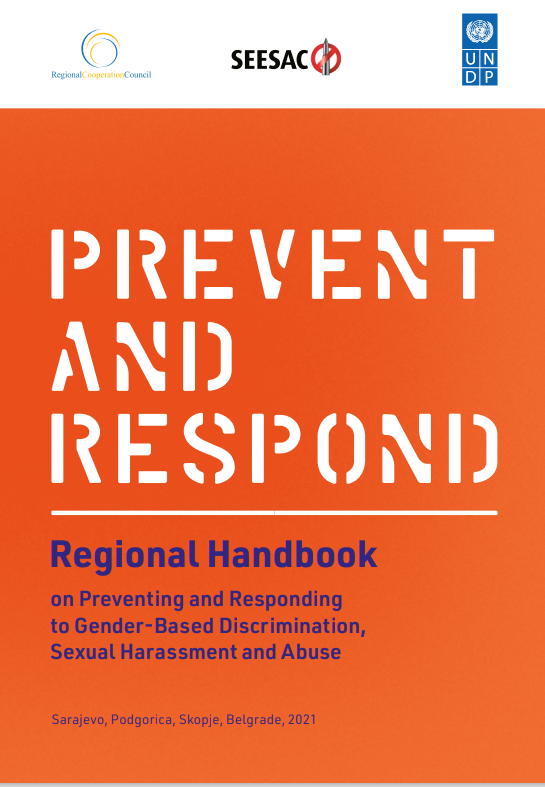