Belgrade, 11 July 2016 - Since the World Population Day was established in 1989, the United Nations marked it with the aim of raising awareness on the important issues of population, family planning, gender equality, poverty, reproductive health and human rights, all in the context of sustainable development.

As the theme of this year's World Population Day is investing in teenage girls, United Nations Population Fund reminds that teenage girls around the world face more and greater challenges than their male counterparts. In many countries, a girl who reaches puberty is deemed by her family and community as ready for marriage, pregnancy and childbirth.

“Without education, in poor health, and with little or no control over her own body, her future can be derailed, and her potential may never be realized. The challenges and obstacles faced by a teenage girl multiply if she is a member of an ethnic minority, lives in a village or is from a poor household, which is partly the case in Serbia "said Dr Doina Bologa, UNFPA Representative for Bosnia and Herzegovina, Country Director for Serbia, the former Yugoslav Republic of Macedonia and Director for Kosovo[1].

Adolescent girls in Serbia are less likely to use contraception than older women, and they have limited knowledge in the area of sexual and reproductive health. The rate of child marriage among the general population in Serbia is low; however, prevalence rates of child marriage are much higher among the Roma population of Serbia. According to the Multiple Indicators Cluster Survey- MICS (2014), every two in five young women age 15-19 years in Roma settlements (43 percent) are currently married or in union;  while staggering 17 percent of women age 15-49 were married before age 15. Young married Roma women also face domestic violence, not only from their husbands, but also from their in-laws. This is exemplified by the fact that 37 percent of women in Roma settlements feel that a husband/partner is justified in hitting or beating his wife if a wife neglects the children, if she argues with her husband, if the wife refuses to have sex with the husband and similar situations.

“The new 2030 Agenda for Sustainable Development is, thus, an unprecedented opportunity for teenage girls to claim their rights, realize their aspirations and transform our world. When a teenage girl has the power, the means and the information to make her own decisions in life, she is more likely to realize her full potential and become a positive force for change in her home, community and nation. This is why UNFPA in Serbia supports development and implementation of policies and programmes that incorporate the rights and needs of adolescents and youth “, adds Ms. Marija Rakovic, Programme Coordinator at UNFPA Office in Serbia.

[1] All references to Kosovo should be understood in the context of United Nations Security resolution 1244 (1999). 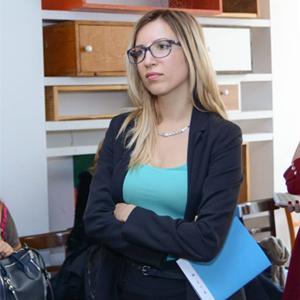