Budapest, June 4, 2016 (UNHCR) – The UN Refugee Agency is alarmed at reports of the death of a Syrian refugee at the Hungary–Serbia border this week. UNHCR is seeking further details after being alerted about the death by the Hungarian Border Police. The man apparently drowned in the Tisza River after attempting to cross into Hungary from Serbia. He was allegedly with a larger group of refugees and migrants, who have said that they were pushed back, into the river.

Allegations of a push back from Hungary to Serbia in the early morning of 1 June emerged earlier this week after the Hungarian police rescued an Iraqi mother and her children from the Tisza River. Reports emerged that they had been part of a larger group, among them a 22 year old Syrian man had gone missing during the alleged push back. Yesterday, the Hungarian police (at the border town of Szeged) have reported the recovery of the body of the 22 year old Syrian man.

“The circumstances that led to this tragic death need to be swiftly and thoroughly investigated by the authorities on both sides of the border,” said Montserrat Feixas Vihe, UNHCR’s Regional Representative for Central Europe. “Instead of finding safety and sanctuary in Europe, a young man has tragically lost his life.’’

UNHCR remains concerned about the increasing number of allegations of abuse in Hungary against asylum-seekers and migrants by border authorities, and the broader restrictive border and legislative measures, including access to asylum procedures. These include the erection of a fence along Hungary’s borders with Serbia and Croatia, the criminalisation of irregular entry into Hungary through the border fence, and the closing down of asylum reception facilities, limiting access to proper accommodation. UNHCR detailed such measures and practices, implemented in Hungary between July 2015 and March 2016, in our 12 May report, Hungary as a Country of Asylum, and the effect of restricting and deterring access to asylum in the country and, shrinking the protection space, and raising serious concerns regarding compatibility with international and European Union (EU) law.

Since May, UNHCR staff and partners have collected information on over 100 cases with disturbing allegations of excessive use of force as people try to cross the border. More evidence is emerging that Hungary’s restrictive policy of admitting only 15-17 asylum-seekers daily at the two transit zones (at Roszke and Tompa –established in September 2015) is forcing desperate people into the hands of smugglers and towards alternative, irregular and often dangerous routes. Currently, there are several hundred asylum-seekers waiting to access asylum procedures in Hungary at the transit zones – the majority of them are women and children.

“Sadly it seems that push-backs and barriers to protection leave people with little choice but to put their lives in the hands of ruthless smugglers, often with tragic consequences” UNHCR’s Feixas Vihe added.

UNHCR’s concerns of restrictive border practices and allegations of push backs have been raised with the Hungarian authorities, and UNHCR has offered its good services to the Government of Hungary to reduce the serious protection and humanitarian risks at the border. UNHCR continues to call on EU Member States to move away from restrictive and individualized measures, towards collective and comprehensive measures to ensure access to asylum, and protect people in need. 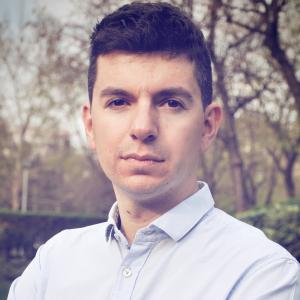